Director Harry Kupfer on his production of »Poro«

»Hello, my name’s Harry Kupfer and I’m staging »Poro« at the Komische Oper Berlin, which has its premiere in 2019 on 16th March.
It’s an amazing story. The libretto is based on events from an earlier age and had been set to music by other people, but the exotic nature of the story makes it great for theatre.
Handel wrote a fascinating score, rich in colour, musically very accessible, which is why I love the piece so much!
As for how I came to be doing it: my first contact with the work was when I was working as an assistant in Halle. We were doing an experiment, combining the 3-part arias with the few, repetitive lines of text, which produced short poetic monologues or, in the duets, proper confrontations between characters. And because the word was out in Halle that this was being tried out, we ended up being able to do as many as two Handel operas in a given season. Onstage they were like operettas!
It’s clear to anyone with ears to hear and eyes to read how precise Handel was in portraying characters in the arias. He does it very subtly and because our hearing has been spoilt by new musical trends or the development of music in general we often don’t pick up on it. It takes a while for us to discern how he reveals certain characters to us in the arias. It’s a thing of wonder to behold, the way he takes such bold steps in the tonality and achieves shifts of atmosphere and so on… You’ve got to uncover what he’s doing for yourself, and when you have you can get down to the business of making theatre!« 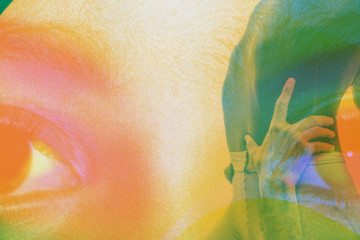