Prepare for the apocalypse: On March 21, the philosophical-religious opera »Antikrist« by Danish composer Rued Langgaard (1893 – 1952) will premiere at Deutsche Oper Berlin under the baton of Stephan Zilias and directed by Ersan Mondtag. We asked mezzosoprano Irene Roberts about this rarely played piece that was completed in 1930, but never performed on stage before 1999. She sings The Voice of Mystery.

I did not know »Antikrist« before reading up on it to do this interview, I must confess.
I hadn’t known it either before this production. But I think we are all vaguely familiar with the biblical idea of the Antichrist.

The characters sound definitely familiar: The Voice of God, Lucifer, The Great Whore, The Scarlet-Coloured Beast, Lie, Hate, Despair. Your role, The Voice of Mystery, is not a biblical character, though. What is the function of that role in the context of the opera?
The text I sing is highly abstract and all about creating an atmosphere, not about actually telling a story or building a character. It is a bit like singing in a foreign language. My scene is only 15 minutes, but it’s actually the longest scene in the opera. It’s mostly choreography and dance.

What is the general story behind the work?

What kind of music did Langgaard write for his version of the apocalypse?

The orchestration and the vocal lines in my part are very late romantic. I sing it like I sing Strauss or Wagner. My scene is the most lyrical one – long beautiful lines, a very fluid orchestra, long high notes and lots of sensitivity! There’s not so much of that in the other parts.

So you feel lucky being The Voice of Mystery?

I do, absolutely. Especially since I’m preparing more Wagner roles – it helps to sing similar repertoire at the same time. For me, it’s the right timing. Most singers wish to sing more dramatic characters with time. You have to make this move at the right time in order not to hurt yourself.

There’s also a big Wagnerian orchestra in the pit.

I think they really enjoy playing this piece. They love the style. The orchestration is very similar to Strauss and Wagner. Even the piano parts are forte-fortissimo so often. But the singers are all cast appropriately. We have larger voices that fit very well into this.

Is there a part that you really long to sing in the future?

Right now, it’s Kundry from »Parsifal«. This will happen in three years, I’m slowly learning the part now. I learn the music first and then I get emotionally connected to the character, which is a very complex one in that case, of course.

Can you tell us anything about the costume style in »Antikrist« ?

Ersan Mondtag makes us wear painted body suits. In doing this, he wants to eliminate the barrier between us and the audience, I think. We look almost naked, which makes us more vulnerable on stage. If they see us like that, it makes the audience think more about what’s behind those powerful biblical metaphors. The chorus also wears body suits, but the dancers will be dressed in a spectacular way. They are on stage all the time. It is not an opera dominated by what the singers are doing on stage. We are just fitting in with the dancers. There will definitely be a very colourful – and sometimes dark – set design. 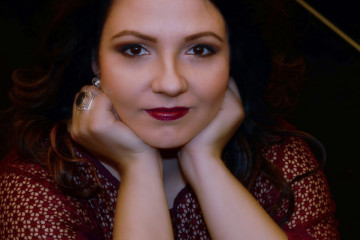 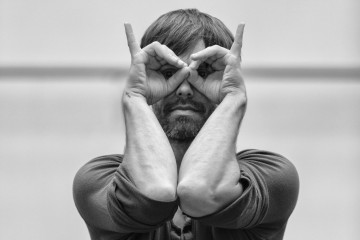 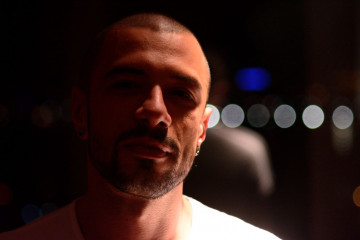